With the recent run in cryptos (by “recent,” I mean March of 2020 until today), mainstream media, and society, have lost grips with the notion of investments. According to Yahoo Finance, over 21 million Americans own some form of Crypto, and everyone has to have a bold opinion on their infiltration to the United States Financial System.

Folks on both sides of the crypto spectrum continually project headlines depicting the views of “Investing Legends.” For example, Ray Dalio says he’d rather own Bitcoin than Bonds… Well does that mean he likes Bitcoin? Not necessarily, but he’d rather own that asset class than fixed-income.

There is a controversial investor on Twitter, Puru Saxena (@saxena_puru), who recently Tweeted one of the more succinct arguments in opposition to Crypto that I had seen.

Please, read the Thread below and we’ll discuss:

*Disclaimer* For those thinking Puru Saxena (@saxena_puru) is a “GoldBug” or overall skeptic, this is a portfolio manager who was raving about his returns in all of the momentum names during the rise of 2020….

So, when I saw Puru Tweet the thread above, I was shocked. His six-part explanation is one of the most concise, logical presentations of Crypto assets and their parabolic behavior. I’ve struggled greatly over the last couple months trying to understand these assets and their role in society. “Decentralized…” “Blockchain…” “Open Ledger…”

All of the 21st Century, “cutting-edge” terminology sound great and make sense, in theory, but how many retail traders are using any of these assets for their actual purpose?

Who have you met that actually runs any kind of system that requires Chainlink tokens to be posted as collateral to be selected to validate a contract?

Probably no one! How about this: when was the last time you bought something in Bitcoin?

You see where I’m going with this? Everyone raves about the technology and its benefits in society. If that’s the case, then why don’t people start using them for something other than speculative investments with horribly ambiguous, or non-existent, price targets?

With $1.7 Trillion of crypto having been created over the last 5 months, I can’t help but wonder where is the value, particularly in the alternative crypto space?

Some will argue that The Government can print dollars endlessly, however, we can physically see the money in society: stimulus checks, small-business loans, etc… I’m not saying that I’m a proponent of endless government printing, but the trillions that have been printed can be seen in society. I again am left with the question, where is the value from the trillions of dollars created in crypto?

If you don’t agree with me, Gemini (one of the larger crypto exchanges) describes Dogecoin ($DOGE), its 3rd most traded asset, as:

“a cryptocurrency and blockchain that was built as a joke, which is why it is called a “memecoin” or “joke currency.” Over time, however, it has attracted a large and passionate community, whose primary gathering place is the subreddit (r/dogecoin), for the “sharing, discussing, hoarding and wow’ing about dogecoins.”

Certain crypto assets have a legitimate story with integration that will fill a role in the world, but others I’m left confused.

Nonetheless, I went to Gemini and pulled a 1 Year Chart of the top traded crypto assets on their exchange; there’s one common trend to these… UP.

So, as an investor do you mute all logic in your head and continue to purchase at all-time highs or do you sit on the sidelines and miss out on unbelievable gains?

If you ask John Doe, who did not know what the S&P 500 was until his stimulus check came out, why he’s buying Crypto, he’s most likely going to tell you Fiat currency is dead and this is a “Safe Haven.” Well, is it really realistic to think that this asset will become so big in American society that it wipes out the global reserve currency and gives the power to the people?

Think about the government and its role in the United States over the last year. There has never been as much government control/surveillance in society. For investors to assume that the SEC, FBI, and other government agencies are going to sit on the sidelines and let the dollar become obsolete is crazy. Well, what about foreign countries? No chance… China owns over $1 TN in U.S. Treasury Securities…

Additionally, for anyone who’s ever been involved in lending at an institutional level, banks do not just give out loans to anyone. There is a strict, explicit procedure set in place to ensure the liquidity provided is going to legitimate entity with a legitimate purpose.

The government will squander crypto before it becomes too powerful.

Just Shut Up and Color

What more can you do with crypto than just say, “YES?”

If no event in the last 365 days has slowed down its rocket growth, what’s going to?

Therefore, you need to just stop thinking and buy because crypto only goes up. 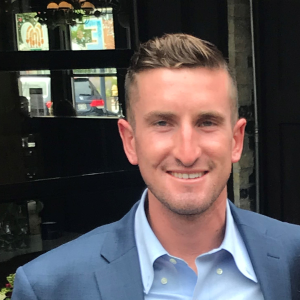 New investors unfortunately can fall into many psychological traps when they first dive into investing. Here are 3 investing behaviors you should avoid while investing!